written by The Pets Pampering February 17, 2022 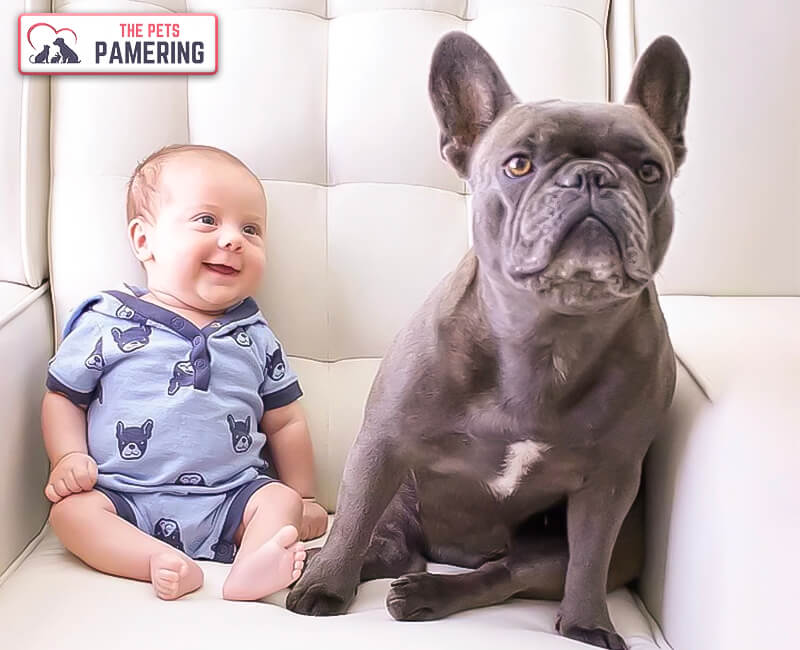 How much are French bulldogs? This is one of the most asked questions when it comes to this adorable little dog. These dogs are not only for the wealthy! It’s just a matter of finding out which breeder you can trust and how much your heart is willing to pay.

The French Bulldog is a very cute and adorable dog that can be a perfect companion for your family. The French bulldog has some average features like other dogs as well as some additional features that are absent in other dog breeds. French Bulldogs are cute, but also come with unique features.

Purchasing a French Bulldog is a big step for any individual or family. They require lots of attention and care, so you must be prepared to deal with the puppy’s needs from the beginning. Having these types of pets entails a lot of effort and costs that affect how much are French Bulldogs. We’re here with the answer to this question so you can make an informed decision before investing in one of these cuties.

What are French Bulldogs?

As their name suggests, French bulldogs originated in France and bred as companion dogs, but their ancestors were English bulldogs. These adorable little pups are brachycephalic, meaning they have a flattened face and shortened muzzle. Since their airways are smaller than that of other dogs, French bulldogs need to stay cool or else they could risk overheating.

French bulldogs come in a variety of colors and patterns, including black, blue, fawn, white and even merle. Their coats are short and smooth, making them easy to groom. Brushing your Frenchie once a week will help keep their coat clean and shiny.

Frenchies are different from many dog breeds mainly because of their appearance. They have massive heads, round eyes and flat noses. Their bulky body adds to the spectacle. Most French bulldogs weigh no more than 15 lbs. while the larger ones may weigh up to 28 lbs. or so. They are not particularly tall dogs, but thick and solid in the torso.

Their coat is short, smooth and fine. The accepted colors are brindle, fawn, tan, white, brindle and white or fawn and white. They may also have a black mask. Their coat is suitable for all climates.

French Bulldogs have a heavy body with a smooth coat and bat ears that curve inward towards the skull. Their muzzle is short and square and their tail is either straight or screwed.

The French Bulldog is a muscular, heavy dog with heavy bone structure and loose skin. Its head is large and square shaped, with heavy wrinkles rolling above the dog’s extremely short nose. The muzzle should be broad and deep with a well-defined stop. The teeth should form either an even or a slight undershot bite. The lower jaw is deep. The nose is usually black, but on light colored dogs it is lighter. The dark round eyes are set far apart and low down in the skull. The top of the skull is flat between the ears, which are set high on the head. They are broad at the base, tapering to a point and carried erect with the tips turned forward. Dog ears that flop over are rose ears; erect ears are bat ears.

The neck of a French Bulldog should be short, wide and muscular without any looseness of skin. With laid back shoulders the dog is muscular. There should be some loose skin around the shoulders and neck in front to form a dewlap. Dewlaps on both sides of the chest are not desirable.

What are the factors in determining how much French Bulldogs cost?

The pedigree of the parents or lineage of the puppy.

Before you start asking how much are French Bulldogs, first understand the rule of thumb which is that the better the lineage is, the more expensive your French bulldog costs. This is because people who are looking for French bulldogs and purebred dogs in general want to make sure that they get their money’s worth and that they get a quality pup that has were bred with care and attention.

The age and sex of the dog

An 8-week-old puppy will be much more expensive than one that’s 6 months old. Breeders typically set their prices based on the puppy’s age, so you’ll notice that puppies in the same litter may not have the same price tag.

Male and female French bulldogs often have different prices, with females being more expensive in most cases. The reason for this difference is likely due to demand for male dogs as studs.

Depending on the availability of a coat color, you can easily answer the question how much are French Bulldogs. It can either attract or repel buyers. A French bulldog with a rare coat color may cost more than one with a common coat color.

French Bulldogs come in a variety of coat colors including fawn, brindle, white, black and tan (tri-color) and several other possible combinations. Generally, the more unusual the color combination, the more expensive the puppy is likely to be.

If you are looking for an unusual colored French Bulldog puppy, such as chocolate or blue, prepare to pay more than you would for a standard colored puppy. Breeding dogs with these uncommon coat colors is not easy and breeders have to pay big money for the stud dogs they use. But do beware of breeders who are charging large sums of money for puppies that aren’t even purebreds (which is unfortunately common).

Some markings on a Frenchie’s coat appear more desirable than others, and breeders will charge more for puppies with these markings. For example, a black mask is an extremely desirable trait in a blue-colored Frenchie and may command a higher price tag.

French bulldog breeders who have a positive reputation with their local community or kennel club typically charge more for their puppies. The higher price reflects their dedication to responsible breeding practices and the time they invest in raising healthy puppies. The best breeders will have invested in raising healthy, mentally sound dogs, and their puppies will reflect that.

The dog’s popularity is another factor to consider when investigating how much are French Bulldogs. Because of this, they are one of the top most bred dog breeds. The demand for French Bulldog puppies greatly exceeds the supply, so many breeders will sell their dogs at inflated prices. This has led to an increase in the number of unscrupulous breeders who are just in it for the money. To get the best price on a healthy, well-bred puppy, do your homework before contacting breeders.

The first factor that determines the price is whether the breeder is offering a pet quality or show quality dog. A show-quality dog needs to meet certain breed standards determined by a kennel club. This means that it cannot have any health or behavioral problems and must fit certain aesthetic standards. The dog will also need a registration under the club.

The health and physical condition of the French Bulldog.

A healthy puppy will be more expensive than one that has had health issues in its early life; likewise, a puppy that has good conformation and will be able to breed true to type will cost more than one that doesn’t meet breed standards.

French bulldogs have specific dietary needs that are a bit different from other breeds. For example, they have trouble with their weight so you will need to carefully monitor what they eat and when they eat it. Their food is also more expensive than other brands of dog food because it has less filler and more nutrients. This is also a determinant in the how much are French Bulldogs factor.

French Bulldogs have a short coat, so they don’t require much grooming. The only thing you need to do is brush their hair once a week to keep it smooth and soft. If you live in an area with cold winters or hot summers, you’ll need to take your Frenchie for regular haircuts, so its coat doesn’t get matted and uncomfortable in the elements.

In general, coat maintenance for the French bulldog is minimal and the breed does not have a distinct odour. They are a small dog that is easy to groom with an occasional brushing and bath.

Well, there are a lot of mixed feelings about the price and value of French bulldogs. But all things considered, French bulldogs are not exactly cheap. The cost of the dog itself is influenced by whether you get a puppy, a full-grown dog, or something in between. Our conclusion on how much are French bulldogs is that the prices will keep going up year by year.

Get more information about the best dog breed for your household

Are French Bulldogs a good investment?

Yes, they are a good investment in the sense that you will be able to sell them for more than you paid for them. If you plan to buy a show quality dog with champion bloodlines and use it as a stud or a breeding dog, then it can be a very good investment because you can earn much more than what you invested by selling puppies.

Are French Bulldogs good with kids?

French Bulldogs are known for being extremely affectionate and loving towards their owners, which is why they’re one of the best dog breeds for families with children. This breed is extremely playful, loyal and protective of its family members. They adore kids, but because they have such a strong protective instinct for them as well, it’s important to ensure that your small children aren’t too rough with them! Being too rough on them can lead to health complications.

How much are French bulldogs as pets?

French bulldogs are popular pets; their affectionate natures endear them to their owners but also make them desirable to others. They tend to bond with all family members, including children and other pets. So, it’s not unusual to have to pay $2,000 or more for a French bulldog puppy from a breeder, and sometimes much more than that.