Trending Now
Peacock Lifespan: How Long Do They Live? Amazing...
What Are The Signs That Your Turtle Is...
Cashmere Lop Rabbit Amazing Info!
Turquoise Green Cheek Conure You Need Know!
How to Keep Your Dog’s Ears Clear of...
What You Should Know About Hermit Crabs Out...
700+ Famous Duck Names – Male and Female...
Does Autism Affect Cats? What You Should Know!
Cane Corso Amazing Dog Breed Info You Need...
Rex Guinea Pig Amazing Info You Need To...
InformationPet Care & Health

What You Should Know About Hermit Crabs Out Of Their Shells! 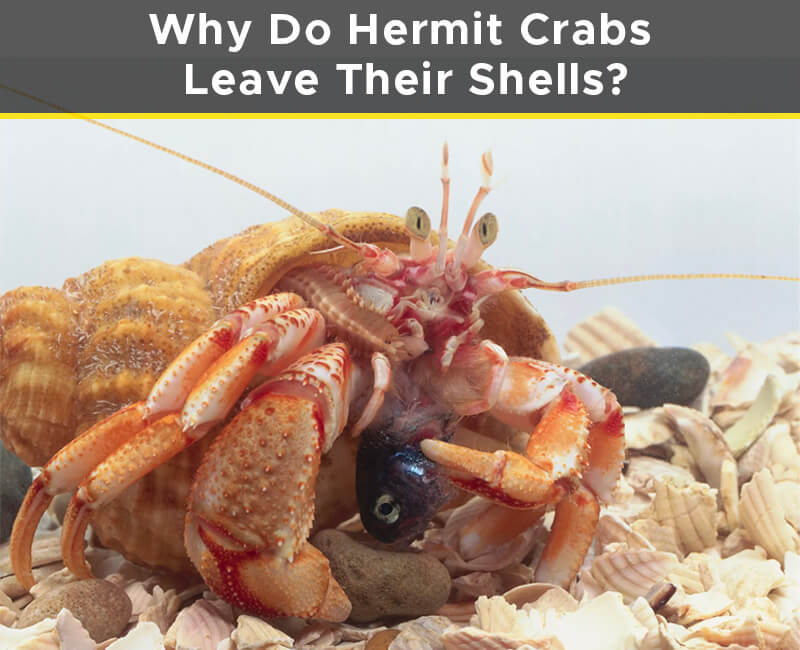 Hermit crab without shell? Most crustaceans have lengthy, spirally coiled soft abdomens, unlike other crustaceans that have hard, calcified abdomens.

The delicate abdomen of the hermit crab is shielded from predators by the empty seashell it has retrieved and may retract its entire body into. Ground-dwelling hermit crabs enjoy tropical climates.

Hermit crabs require continuous exposure to fresh or saltwater to keep their gills moist.Hermit crab without shell if crabs do not have access to water, they cannot breed or even survive for long periods of time. Ocean-dwelling hermit crabs spend their entire lives there. Pellet food filled with vegetables and fruit for hermit crabs in captivity is their preferred diet. Hermit crabs are nocturnal creatures who feed slowly and take small bites. To keep moist and breathe properly, hermit crabs require a high humidity environment.

If you have a hermit crab, you are well aware of how much they like hiding in their shells. They appear to pop back in whenever you move a little too quickly. So you see the significance of their shell’s sense of security.

Its exoskeleton is exposed and highly vulnerable to outer factors without this protective coating. So, if you come in to check on your crab and discover that it has broken free from its shell, you might panic for a moment.

But hold off on drawing any conclusions just yet. We’ll go through why a hermit crab leaves its shell and what you can do to assist them in returning to it.

Is it possible for a hermit crab to live without a shell?

A hermit crab’s shell serves as more than simply a home for him. Hermit crabs help to maintain optimal humidity levels by protecting their sensitive abdomen. It is regarded noteworthy when a hermit crab decides to exit its shell.

Crabs usually leave their habitat because they want to trade their shells, but they can have other reasons as well. A new shell will be required when the old one becomes too tiny for a growing hermit crab. If a suitable substitute cannot be found, the crab may be left without a shell. A hermit crab may abandon its shell while searching for adequate living accommodations under specific circumstances. A molting crab is noted for losing its shell on a regular basis.

Without a shell, your pet hermit crab is completely exposed to light, heat, and air, making it susceptible owing to its sensitive abdomen. Stress causes hermit crabs to die quickly, even if they don’t have their shells. The Hermit crabs frequently lose their shells during their molting cycle. Hermit crabs require a shell for protection. Hermit crabs emerge from their shells these tiny creatures would soon embark on a long and dangerous trip.

Wild hermit crabs, contrary to popular thought, seek safety in abandoned shells from larger species such as sea snails. Although a hermit crab leaves its shell in search of a new one, the hermit crab’s body can be removed, and the shell can be securely reused by other crabs in the ecosystem.

What is the Purpose of a Shell?

The shell of your hermit crab acts as a protective barrier over its delicate exoskeleton. It not only shields them from harm, but it also keeps their skin from drying out. Your hermit crab is entirely exposed to heat, light, and air without a shell. Without it, they will swiftly perish.

When crabs molt, they frequently lose their shell. They will re-shell themselves once they have shed their exoskeleton.

How do you know when a hermit crab is dying?

Crabs are generally found digging, burying, or climbing in the water. Keep a watch out for crabs who have lost their legs, are running around without a shell, or refuse to retract into their shells.

These are the most typical signs that your hermit crab is sick. The body of a molting crab is half out of the shell, giving it a limp and lifeless appearance. Even if slight twitches in the body of your pet hermit crab indicate that it is molting, determining whether it is alive or not might be difficult.

If the crab is molting, he must be placed in an isolation tank where he will not be attacked. The only way to determine whether your pet crab is dead is if his abdomen turns black when he starts to molt. When crabs are kept for isolation, the temperature in the tank should be regulated at 72 F (22.2 C) to prevent them from dying. Fill the tank only halfway with sand, not enough to allow the crabs to burrow.

If your crab is molting, you may observe that it appears pale, eats a lot, tries to climb the glass walls of its home, or stays close to its water source. These are signs of impending molt. If any of these indicators appear, and your crab’s surroundings is clean and uncrowded, wait a few days to see if it sheds its shell and exoskeleton.

If your crab isn’t molting but is leaving its shell, there could be an issue caused by an improper environment or overcrowding. In this instance, you may notice the following distressing symptoms:

Stress-induced shell evacuation symptoms are different from molting symptoms in that they suggest ill health or an issue that can be diagnosed (such as fungus growing inside the crab’s abandoned shell). These symptoms may not appear right away after evacuation, so keep an eye on your crab for a few days to figure out what caused the evacuation and whether intervention is required.

When a hermit crab dies, does it come out of its shell?

The majority of hermit crabs will die in their shells since it is the safest and most comfortable environment for them. If your hermit appears to have snuck out of his shell on purpose to die, it’s just a coincidence.

When a hermit crab changes shells, how long does it take?

Your hermit crab will be more encouraged to swap shells if the insides of the shell are kept moist. The molting process will take longer if the crab is larger. An average-sized crab will molt for four to eight weeks, during which time it will be completely buried in the sand.

Hermit crabs will need to upgrade their environment to larger shells on a regular basis as they grow. When a new shell is found on the beach, the crowded crabs form an orderly queue nearby and all swap shells at the same time. In the days coming up to its molting, your crab may stop eating. Crabs that are constantly digging and changing shells may appear restless, lethargy, and decreased activity levels. Tangled antennae that are less active. The death of a hermit crab is defined as the body turning ashy in color with white-ish points on the legs and claws.

We’ve carefully crafted a variety of interesting family-friendly information for everyone to appreciate at Kidadl! If you enjoyed our Hermit Crab Out Of Shell: Here’s What You Need To Know! tips, please share them with others. Why don’t you check out What Is The Biggest Thing In The World? The Curious Answer is Here! , or Beautiful Flower Plants That Begin With D: The Complete List!

It’s advised not to handle a molting crab because they’re extremely soft and vulnerable at this time. Place the lower dome piece of a two-liter bottle over the top of them instead. Make several ventilation holes in the bottle and place two acceptable shells in it with them.

Keep a watch on your crabs because they might try to dig through their substrate. If this occurs, dig deep into the substrate with a scoop to lift them to the surface without touching them.

No more water should be added. Its body isn’t equipped to deal with the additional wetness.

How to Recover a Hermit Crab’s Shell

Before you attempt to return the hermit crab to its shell, keep in mind that this is a delicate procedure. Because their bodies are so delicate, handling them can harm them and possibly kill them. As a result, proper handling is critical.

Carefully pick up the hermit crab behind its back legs or scoop them gently with a spoon or other scoop before doing anything else. Look them over carefully for any external wounds or anomalies. It’s time to work on the shell if everything looks good.

How long does it take a hermit crab to change shells?

Obtain a container that is just large enough to hold the crab and shell. Fill the bottom with slightly additional dechlorinated water—just enough to cover the bottom. This will provide your crab with the appropriate moisture to fit back inside comfortably.

Put the crab and the shell in a container large enough to hold only those two items.

Keep an eye on it, but don’t disturb your crab—re-shelling might take a long time.

The most important thing to remember is not to panic. Maintain your composure and react appropriately to the circumstance. If you have hermit crabs, this will almost certainly happen at some point. Learning how to re-shell your crab will allow you to help them without endangering them or exacerbating the situation.Remember not to handle them directly if they’re molting. Simply build a modest shelter for them to use when the time comes.

You may also be interested in: Why Is My Turtle’s Shell Soft You Need To Know

How to Keep Your Dog’s Ears Clear of Earwax You Need To Know!