DOGS SIDE EYE:WHALE IN DOGS?

written by The Pets Pampering February 8, 2022 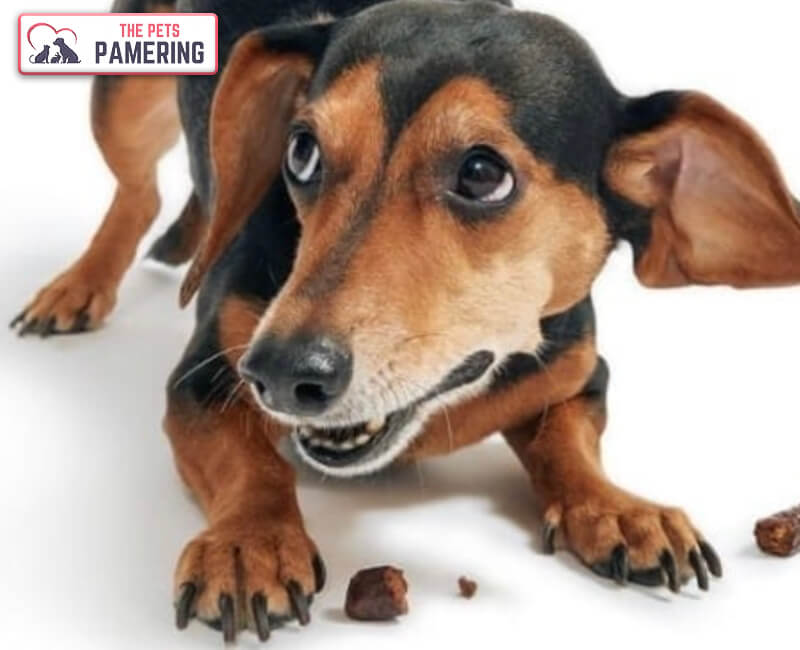 One of the most common questions you’d get from dog owners is why does my dog give me the side eye now and then? Most people would say dogs give them the side eye during training when they are too pushy.

Others assume the dog is being playful and intentional. At times we humans can interpret their body language and facial expressions quite accurately. However, when it comes to the “side eye” dog expression — many of us don’t know what it means.

Yes, in humans, side-eye is a hilarious and often harmless way for us to interact with one another (not to mention the thousands of memes spawned from this seemingly innocent human expression).

But what does the dogs side eye mean? And how is it not always such a positive thing? The answer is a bit more complicated than that — so here’s a quick explanation to this topic, and what you can do about it.

WHAT IS DOGS SIDE EYE?

Dogs use many different forms of communication to communicate with each other. They have distinct barks, postures, and facial expressions. One of the most common ones is called whale eye: when a dog turns their head away from you and shows you the whites of their eyes. This is also known as the whale eye or half-moon eye.

Let’s look into the definition of the whale eye also known as the moon eye. This term is used to describe that look a dog shows with the whites of their eyes being visible. The dog’s eyes may take a more round appearance if the dog is tensed up, which results in you seeing more of the whites around the pupils.

Dogs give people the side eye as a sign of how they are feeling. It maybe aggression other times they can be uncomfortable with a certain position and would be signaling you with this body language cue.

Like any other person or dog, you could try and cut this stern look but the dog doesn’t let you have the final say. Eventually they will break eye contact like they said what they wanted to say and look away. It’s important that you get the message expressed through this body language, get a clue of what it means in this article to keep you both safe and secure.

Whale eye is the dog behavior term for when a dog exposes the inner whites of their eyes, giving you a sort of side-eye. It’s an expression of discomfort, and it can mean that your dog is feeling anxious, stressed, or even aggressive.

Whale eyes usually foretell aggression. Especially if they intend to protect something theirs carefully such as a chew toy, favorite human or even food.

At this point, it’s important to know your dog’s body language and signals. If you see whale eye accompanied by tense body language, such as stiff legs and ears laid back against the head, this is a sign that they may snap if provoked.

Back off and let them have their space. You can always re-engage once you are confident the issue has been resolved.

Some dogs are more prone to dogs’ side eyes than others. Dogs with high prey drive, for instance, are prone to whale eyes because they feel tense when watching any type of movement. Herding breeds tend to get whale eyes as well, because they are constantly on alert for potential threats.

When dogs show whale eyes, it means they’re feeling threatened. Their body language often includes a wide stance, tail tucked away, ears back, lip flaps closed and ears pinned forward. They may even raise their heads and turn toward the threat while raising their hackles. This can be quite intimidating.

This look shows that your dog feels threatened or intimidated by something in his environment, and he’s not willing to turn his head to see it. This can be a serious warning sign that he’s feeling defensive and could act aggressively to protect himself.

Whale eyes usually foretell an uncomfortable state. The dog is either trying to avoid something, or trying to engage in behavior (usually one you don’t approve of)— but whatever it is, they don’t like it.

If you notice your dog giving a whale eye while eating or chewing a bone — or if they have other body language signals that suggest they’re uncomfortable — try to distract them with some treats so they’re not worried about someone trying to steal their food.

Whale eyes can also be used as an intimidation tactic by dogs who are trying to assert dominance in their household. If your pup has whale eyes around other dogs or humans (particularly children), it’s best to keep them separate from any potential targets until you can work with a trainer to help them feel more confident and secure.

It’s not always an aggressive sign. Whale eye can also just mean that your dog is confused or surprised by something — like when you’re chasing them around the room for cuddles.

The side eye canine is sometimes an outward sign of confusion. It is reported that if people see your canine tilting to one side it means they are not following what you are saying or meaning. Dogs could be exhibiting the side eye face when they do not know how this new human friend is feeling.

Children might do the same thing while reading a book, when they come to a word they don’t understand. They react in confusion, shutting their eyes tightly and moving their head back so that they can study the puzzling word from all angles.

Dogs have a lot to talk about, and they’ve developed a complex language to share their thoughts and feelings. One of the most visible features of this communication is the expression in their eyes.

The eyes have it

It turns out that dog eyes are very similar to human eyes, in that their eye muscles are the same. With eyeballs and eyebrows dogs can narrow their vision or focus to see something far away.

Another fascinating thing is that they can move their eyeballs in all directions as well. However, their visual world is a tad different from ours.

Dogs are predators by nature and they have light sensing cells in their retinas. This gives them a superb peripheral vision and can see a prey as it moves in tall grasses.

Unlike us, dogs don’t see colors well – blue and yellow is what they see, therefore they need five times lighter to see clearly.

When they start exhibiting this behavior, it’s important to back off. Laughing at them or making fun of them will only make the situation worse. It could cause the defensive response even more.

Next, try talking with them in a soothing tone of voice. If they’re still showing this behavior, try placing your hand on their head and petting them gently (a technique called “calming signals”). Try scratching their back and neck lightly with your other hand while speaking softly in a soothing voice. These calming signals will help them realize that everything is okay, so they stop the whale eye behavior.

The other thing that can trigger whale eye is change — new people or objects entering the scene. If this is the case, it’s best to completely avoid the situation until your dog has had a chance to cool down.

Whether you’re an animal lover, or a dog person (or both), you’ve probably experienced that look. It’s hard to describe the dogs side eye, but it’s basically when your pup is staring at you from the expected spot. And now you know why dogs give the whale eyes! We hope you enjoyed reading this article on the dogs’ side-eye. We certainly enjoyed compiling the definition and reasons for this behavior for you!

Whale eye is when your dog looks at you out of the corners of their eyes without moving their head. A dog would use this type of look to maintain awareness of something while simultaneously trying to communicate something.

2. What other signs show that my dog is stressed, or anxious?

Whale eye is only one of many body languages dogs express when experiencing their feelings. Other cues may be yawning, licking, whining, barking, pacing, panting, licking, drooling, shedding, hiding, avoidance, weird body posture, and so many others.

3. When can you approach your dog after he or she side eyed you?

For sure it’s crucial to be as intuitive as your pup is but never reprimand them for showing signs of worry, stress or even hunger. Always evaluate the context and carefully decide on what you can do to ease your dog’s mood.

WHAT IS AN ELF CAT? UNIQUE BREED? YOU NEED TO KNOW