written by The Pets Pampering February 18, 2022 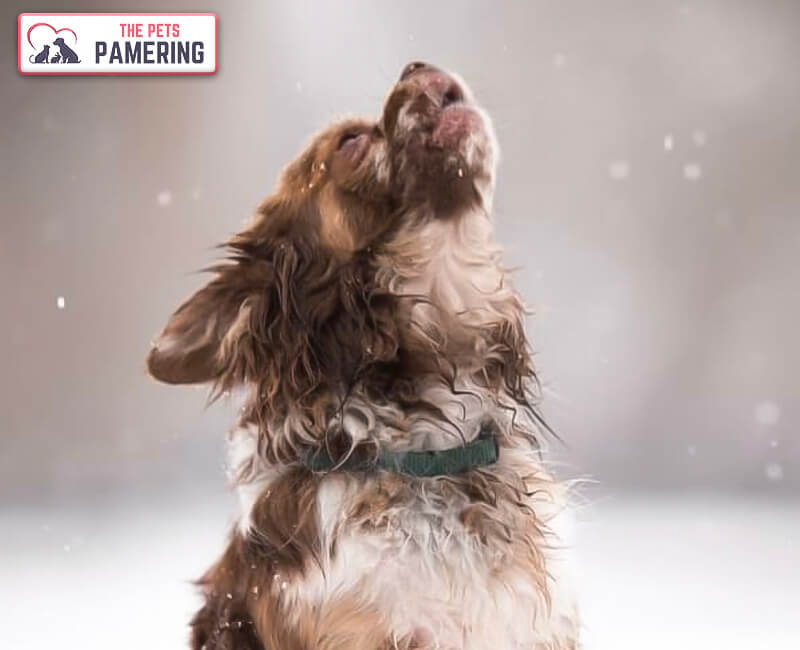 Dog howling? Whenever the siren sounds come up, your dog ears perk up and you hear him start to howl. In most scenarios the howl is in intervals, it keeps starting and stopping again. And this happens with almost every dog. That’s why the question; why do dogs howl at sirens keeps lingering in our minds.

Fact is every dog responds differently when they hear sirens. The sound has different reactions for different dogs which is why it is more baffling. Here are some of the reasons why your dog howls at sirens:

WHY DO DOGS HOWL?

Many people keep asking why do dogs howl at sirens? But a percentage of them are not aware that a dog’s sense of hearing is very sharp and is much more sensitive than ours? Dogs are capable of hearing sounds four times further away than us. Dog ears gather more available sound waves and can move both at and independently of each other to absorb even more information.

Dogs’ hearing is so good that it can be a problem if too many sounds all at once startle or confuse them. Sirens are one of those things that can be a danger to your dog, because she will mistake the sirens for something huge and unusual. Though it is only noise, it has the same effect as a dog barking in your ear, it agitates and is distracting.

When dogs hear the sirens come closer to them, they’ll often think that danger is coming their way. All the sirens emit the sound of an angry human, so this could send your pup running for cover. They may also see police cars with flashing lights and other large signs, so they will perceive these as possible threats rather than just casual passersby.

By being excessively fearful, this sends them into a survival mode. The dog feels like they’re in danger and needs to protect themselves from whatever is coming in.

The natural response is to warn any other dogs nearby that danger is coming and to duck for cover because there’s nowhere to hide. So as soon as he feels that there’s a threat, his ears will perk up and he will start howling.

Because of their acute hearing, dogs can hear frequencies that we cannot. So, the sound of a siren can be very upsetting for them.

Dogs are also very sensitive to vibrations in the air, so the low drone of the siren can trigger an instinctive fear response in them. They associate sirens with something negative such as thunder, and that makes them feel afraid and uncomfortable.

Though initially, the phenomenon looked peculiar for humans to witness, it was originally viewed as a form of communication. Dogs can hear sounds that are audible to human beings, but having deeper voices helps them to provide other dog pack members with more information. Like shouting, “Hey!”.

They most likely see howling with other dogs as a game or competition but they will howl more frequently when they see another dog doing it. Dogs feel safest in a group and learn by observing each other. Therefore, if a member of the pack howls at sirens, the others will join.

It’s simply a way for them to play and have some fun. Rather, they perform this ludicrous display simply because they can.

According to some researchers working in the field of ethology, the sound of a siren is their dance music. They might wag their tails all the way through it, bound ahead at breakneck speed, or stop in their tracks to stare off into the distance with ears erect–but never look.

The other answer to why do dogs howl at sirens query is behavior that is either learned or ingrained into an animal during its life. Wolves naturally howl to communicate with one another and its research explains that domesticated wolves do this as well, not necessarily because of human influence.

Humans taught domesticated wolves to be loyal companions and adore most anything their owner gives them. Even so, we cannot ignore the fact that dogs know how to howl the best.

Dogs also howl when they are feeling overly excited or anxious. It’s also possible that some dogs may experience pleasure listening or hearing noises resembling their own howls. The dog may go on to howl if the excitement continues.

As much as we humans get upset at the slightest noise in the area, similarly dogs do not appreciate loud sounds. Annoying sounds catch dogs off guard and this can be a clue to the why do dogs howl at sirens puzzle. Sirens can be a shock to the system and disrupt the silence. Hence dogs demonstrate their boredom and exhaustion through howls.

Dogs howl at sirens because they are trying to attract the attention of their owner and other humans around. They tend to do this mostly when they hear sounds and their owners aren’t around. They do this to make sure that their owners will come running to them and take them to safety or to follow their orders if it is necessary for their safety. So, if you hear your dog howling at sirens, don’t worry — he’s probably just alerting you to an emergency so you can help him.

A dog has significantly more sensitive hearing than humans do, but when it comes to high-pitched noises — like a siren — that sensitivity is a disadvantage. They reach by howling to demonstrate that they are in pain. If it doesn’t seem like your pup is feeling well, take them to the vet.

Dogs have different personalities, and they react to the same stimulus in different ways. Some dogs are scared by loud noises, while others feel emboldened. Some are fearless and bark at any sound; others become nervous or anxious and try to hide.

Howling is an instinctive response that experience and proper training controls. That means it requires some patience, but it also means that you won’t need to take drastic action until the howling gets out of control.

Begin by teaching your dog to howl on command. This is usually a simple duty for them, and they will almost certainly wail if you ask them to. Introduce a silent order, such as “be quiet,” once they’ve gotten going.

Reward your dog with lots of praise and/or a tasty treat as soon as they remain silent for a few moments after you give the instruction. If you use this technique enough, you’ll soon be able to silence your dog in any situation.

Dog howling at sirens or other loud noises is an interesting quirk of their behavior. Research is still ongoing as to the reasons for the conundrum – why do dogs howl at sirens are still up for debate. However, whatever the reason, it’s clear that these fuzzy critters have an active inner life, and that we have barely begun to understand them.

Why doesn’t my dog howl at sirens?

If your dog isn’t making any noise when he hears police or fire department sirens, he could be suffering from hearing loss or another related condition. Consider taking him to the vet.

What other sounds do dogs howl at?

Other high-pitched tones that trigger the same response from dogs are alarm sounds, musical instruments, thunder, fireworks. Pretty much anything they can hear that’s outside their comfort zone.

Is howling a dog singing?

To some it is and it can be contagious, often leading to a chorus of howls from dogs that are within earshot.

Get more information about your pets