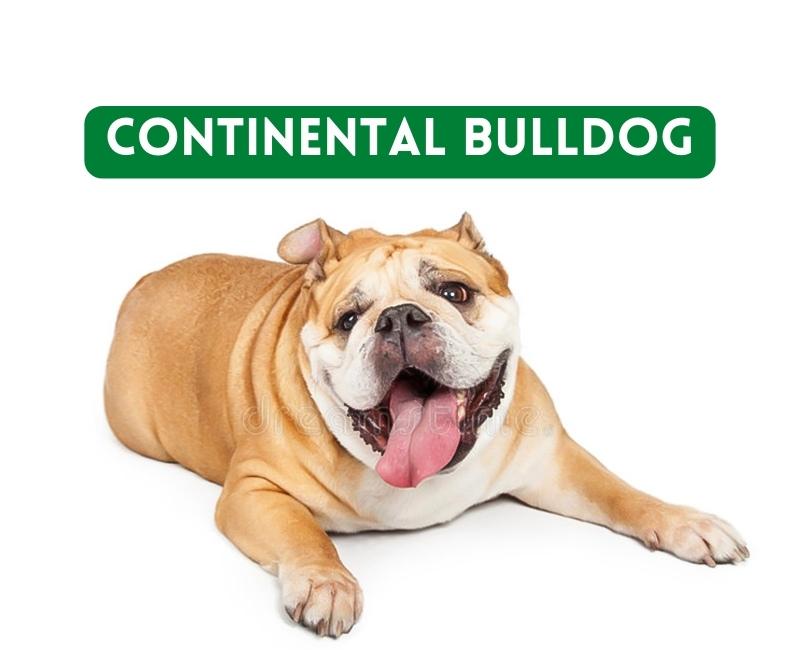 These dogs also adapt to apartment living better than other breeds, making them popular among dog owners with limited space. Continue reading to find out if the Continental Bulldog is the appropriate dog for you and your family.

How much do Continental Bulldog Puppies cost?

A Continental Bulldog puppy will set you back roughly $1,700. Contis are more expensive than other breeds because, while they are becoming more popular in Europe, they are still uncommon in the United States. Because of this, finding a Conti breeder in the United States may be challenging.

Before you invest in a new pet, make sure you know everything there is to know about your dog’s parents. Conti puppies will not come with the same thorough pedigree documents as AKC-registered dogs since the Continental Bulldog is not recognized by the American Kennel Club. A good breeder will introduce you to your dog’s parents and provide you with an overview of their health history so you know what to expect in terms of your own dog’s health and behavior.

The Continental Bulldog is a recent addition to the dog world.The English Bulldog was once on the verge of extinction, and it might happen again. However, dog lovers who saw the animal’s potential as a companion or even a herding dog saved the breed. However, over time, breeders picked for some of the bulldog’s unique characteristics, such as its projecting jaw, which has resulted in modern English Bulldog health difficulties.

The researchers determined that English Bulldogs lack the genetic diversity needed to help overcome physical defects that can cause pain and even risk a dog’s life. The purpose of combining the English Bulldog with the Leavitt Bulldog was to create a dog with less health issues.

The Continental Bulldog’s Temperament and Intelligence

Continental Bulldogs are generally very affectionate and caring pets. They are good watchdogs who may be wary of strangers at first, despite the fact that they rarely bark. Your Conti will be just as friendly and gregarious around your guests as he is with your own family once he gets to know them.

Due to their even-keeled disposition, Continental Bulldogs make excellent family dogs. They may be quite playful creatures, which makes them great friends for kids. When your Continental Bulldog and your children are playing together, like with any breed, you should always supervise them, especially if they are young. Teach your kids how to properly pet and play with your dog so they don’t upset him by yanking his tail or injuring him in any other way.

Continental Bulldogs get along nicely with various animals, especially other dogs, if properly socialized. Keep in mind that when male dogs are with other male dogs, they may exhibit dominance or hostility.

Continental Bulldogs are a dog breed that is reasonably straightforward to teach. They are, nonetheless, stubborn animals, much like their forefathers. You should start teaching your Contis simple commands at a young age and be consistent and firm with your training. If you’ve never owned or trained a dog before, bringing your Conti to a professional trainer may be a good idea.

Continental Bulldogs require a modest degree of physical activity. If you’re used to other bulldog breeds, you should be aware that the Conti is more lively and requires more activity than the majority of bulldog breeds. Aim for 30 minutes to an hour of exercise per day. When they are indoors, though, they are rather peaceful and sedentary, making them suitable candidates for apartment living.

A Continental Style The coat of a Bulldog sheds on average. As a result, you should expect to brush your dog once or twice a week. You can clean between your dog’s wrinkles with a moist cloth, but make sure he is completely dry afterwards. It’s possible that leaving excess moisture under your dog’s wrinkles can cause illness.

Continental Bulldogs make excellent pets in general. If you want a bulldog, these dogs are a fantastic choice because they are less prone to health problems than other bulldog breeds. They are calm, lively, and friendly animals who make excellent friends for both children and other animals.

If your family isn’t very active, or if you have a hectic schedule that keeps you from routinely exercising your dog, you might want to consider getting a new pet—especially if you don’t have a yard for your dog to run around in.