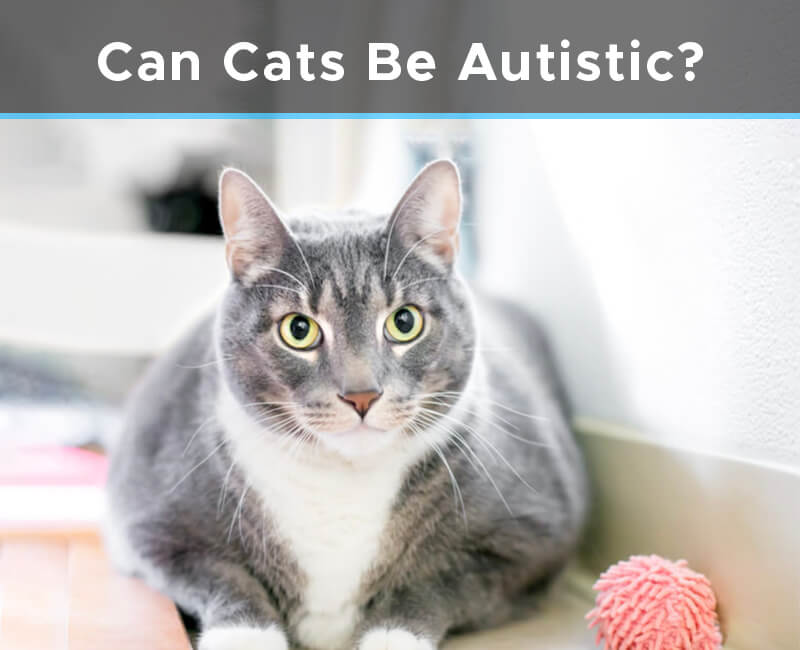 Autism in cats? All cat owners are aware that their feline companions have a variety of personalities. Life with cats is never boring, whether they charm us with their purrs or frustrate us with their pre-dawn feeding requests. Some cats exhibit more unusual or even alarming tendencies, such as anti-social behavior or a hatred of being stroked. Owners of these unusual felines may question if there’s more to it than their cats acting like cats.

Can cats develop autism? While some behaviors in cats are comparable to those in autistic humans, cats do not develop autism in the same way that humans do.

What exactly is going on if autism can’t explain your cat’s behavior? In this post, we’ll look at some of the autism-like features you could notice in your cat, as well as probable causes.

What Exactly Is Autism?

Autism is a behavioral spectrum that affects a person’s capacity to communicate, engage with others, and function in society. This means that someone with one type of autism may behave very differently than someone on the opposite end of the spectrum.

However, trouble adjusting to change, difficulty absorbing outside stimuli (sounds, noises, lights), a craving for ordered, predictable routines and surroundings, and repetitive verbal sounds or repetitive actions are the most typical symptoms in people with autism. People with autism also prefer to be alone, often turning down invitations to play or work with others. Finally, people with autism are prone to becoming engrossed in a particular subject or activity, and will frequently obsess over it.

Can cats have autism? signs of autism in cats?

In a nutshell, cats cannot be diagnosed with autism, but they can be diagnosed with other diseases, and some cats, like humans and other animals, have specific needs. However, keep in mind that the majority of these requirements arise from physical limitations or advanced age. Some cats, for example, have only two or three limbs, making them special needs cats.

Blindness, deafness, and full immobility are other prevalent special-needs disabilities. Some special-needs cats have mental problems in addition to physical disabilities. Birth defects, accidents, and disease can all contribute to these disorders. Wide-set eyes, poor hearing, poor vision, strangely formed facial features, and peculiar behavior are all indications of Down syndrome in cats. In this instance, consult your veterinarian to learn more about the specific causes and how to properly care for your special-needs pet.

What cat behaviors are similar to those of autism?

When you think about it, cats do have certain autistic characteristics. They become fixated on grabbing specific toys and objects. They relish their time alone. Loud noises, bright lights and even too much affection can easily overstimulate or frighten them. Cats are incredibly intelligent and appreciate routine.

Nonetheless, these are typical cat behaviors, and evidence suggests that cats are immune to autism. Cats can also produce unusual noises, leading some owners to believe their cat has autism. Cats make a variety of noises for a variety of reasons, thus this is doubtful. Furthermore, these noises vary per breed.

A call to the doctor or a wellness visit is always good if your cat is acting strangely or you fear anything is wrong. They may be able to spot any underlying abnormalities that are causing your cat’s “autistic” behavior.

Although no research have established that cats cause autism, various studies have looked into the effects of pet cats on persons with autism. According to one study, giving a calm-tempered cat to a household with an autistic child helped the children become less anxious and more empathic. They also showed that the children’s troublesome behaviors were improving.

Another study looked at how having a loving cat in the family affected ASD children’s conduct. Interacting with a loving cat has a favorable effect on youngsters with ASD, according to the findings.

Let’s take a closer look at certain cat habits that are similar to those seen in autistic people.

Because cats are more autonomous and less openly friendly than dogs, they are frequently labeled as anti-social. One of the indicators of autism in humans is similar behavior, which may lead cat owners to make false assumptions.

Cats’ self-sufficiency and independence are a result of how their interaction with humans evolved. Unlike dogs, which were largely used as intimate companions and defenders of humans, cats were mostly used for hunting rats and other pests. In other words, they didn’t require humans in the same way as dogs did.

These behaviors in cats are usually indicators of anxiety or obsessive-compulsive disorder, rather than autism. When owners respond by offering the cat food or attention, they can unwittingly increase the frequency of these behaviors.

What can I do to help my cat relax?

Overstimulated cats are a sign of an autistic diagnosis. Overstimulation is another common cause of aggressive cat hissing. Giving kids enough safe outlets indoors is another method to prevent overstimulation. If your cat runs away in search of entertainment, they may become overwhelmed by the outside world.

Regularly interact with your cat. Set aside some time each day for serious play. For a specified period of time, use exciting items like as lights, chase the prey toys, and treat-dispensing toys. Allowing your cat to play indefinitely may cause them to become overstimulated, obsessive, or restless.

Another excellent habit is to stick to a strict routine. This alleviates any anxiety caused by erratic scheduling or abrupt changes.

If you’re thinking of obtaining a cat with odd behaviors, make sure everyone in your household is on board. Your entire family must be committed to providing your cat with a loving environment. It may be vital to provide your cat access to his own areas in the house where he won’t be disturbed, as well as to resist some of the habits you may have developed with other cats, such as patting your cat as you walk past him.

If your cat exhibits unusual habits, it may be tempting to dismiss them by assuming he or she is autistic. The truth is certainly more complicated because we know that cats do not get autism. As previously said, some autistic-like symptoms in cats may indicate that your cat is suffering from another medical or mental problem. If you’re concerned about any of these symptoms, please contact your veterinarian.

You may also be interested in: Do Slow Feeder Bowls Work For Cats?